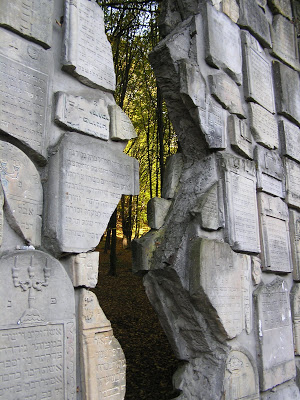 This Torah portion records Miriam’s death in one simple verse, “Miriam died there and was buried there.” Unlike the 30-day mourning period for her brother Aaron, who dies later in the same Torah portion, neither her brothers nor the community formally observe Miriam’s death; even though the Torah declares Miriam a “prophet,” a designation never bestowed on Aaron. Instead the Torah quickly turns to a seemingly unrelated topic: the heated quarrel between Moses and the Israelites over the absence of water and its dramatic fallout, God banning Moses from entering the Promised Land.

I believe that these seemingly unrelated events are linked. Unaware grief and unresolved loss can lead to grave consequences as in this case. In counselling we are told to allow people to mourn before they can move one, not only to bury their beloved once, but also their dreams they had for a common future. If we don’t give ourselves the time to end one episode in our lives before we embark on the next, the past dreams, hopes, and ideas will overshadow everything we do in the future. Memories of the past will not become a source of strength, but a stumbling block on our path to heal our broken souls.

I feel for Moses; I can understand that Miriam’s death must have shaken him to his core. But, reading the Torah as it is, my impression remains that he tried to fill this void by running from one job to the next, reacting to the demands of the Israelites and not adhering to his own needs, ending up in a big break down, losing his faith in God and the people. The consequences are dramatic – but perhaps an important lesson to realise that life changes when someone dies – the future will not remain the same. If we allow ourselves to mourn and mark those changes, we will find the strength to build up a new future, with new hopes and dreams.