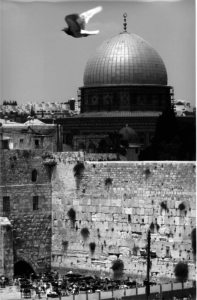 This week we commemorate the 50th anniversary of the “6 Day War“ in 1967. As a Progressive Jew and Zionist, I have mixed feeling about this anniversary. Not because of what happened in 1967, I think what happened was necessary and important for the Jewish state, but since then, I feel as though the Jewish visions and values unmatched and transgressed. As a Zionist, I see that the present-day Israel has not yet achieved what – to my understanding – Herzl had envisioned for the Jewish state. As a Progressive Zionist, I believe Zionism also needs to progress and continue to create dreams worthy to be followed.

Israel is important to me – that’s why I am not giving up on it:

Yes, Israel is important to me.